Home Audience Developers All You Need to Know About SaltStack 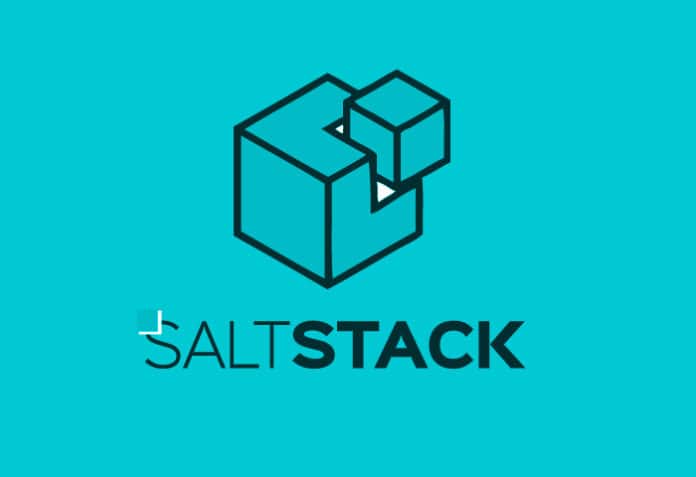 SaltStack or Salt is software to automate the management and configuration of any infrastructure or application at scale. All networking is planned around remote execution. This could be as basic as asking a remote Web server to show a static Web page, or as perplexing as utilising a shell session to intuitively give commands to a remote server. Salt architecture is used to execute commands remotely.

Salt allows users to unequivocally target and issue commands to several machines directly. It deploys a master which controls at least one minion. Commands are usually given from the master to a target bunch of minions, which execute the jobs sent by the master and afterwards send information back to the latter.

SaltStack is an open source, configuration management software and remote execution engine. It is a command line tool, written in Python. SaltStack configuration management is simple. Salt uses the push model for executing commands through the SSH protocol. The configuration comprises YAML and Jinja templates. Salt is on par with Puppet, Chef and Ansible. Being a feature-rich system, it provides many benefits such as robust authentication, as well as secure, fast, virtual machine automation, and infrastructure as data, not code.

This architecture is intended to work with multiple servers — from local networks to other deployments across different data centres. It comprises a basic server/client model with the required functionality incorporated into a binary arrangement of daemons.

Some core components of SaltStack master are:

Installing SaltStack
Prior to installation, you need to have the following prerequisites:
Linux server

Install SaltMaster from the repository using the apt-get command:

Install the Salt minion from the repository by using the following apt-get command:

Install the salt syndic from the repository with the following command:

After updating the configuration file, restart the Salt master by using the command:

After updating the configuration file, restart the Salt minion by using the command:

The output for the above command is given below:

Then accept all the keys by using the command:

Sending commands
The interaction between master and minion must be confirmed by running the command:

The result of the previous command is given in Figure 2.

Next, install Vagrant. Vagrant provides simple to configure and portable work environments. You can download and install it from https://www.vagrantup.com. After the installation of Vagrant, we need to configure it. First, create a single file named Vagrantfile in a folder. Run Vagrant by using the following command:

Now, Vagrant creates and starts the machines that are defined in the vagrantfile using VirtualBox in the background. To stop all the running machines, use the command:

Using Salt-Cli: Now, let us download the set up using the command:

Start the demo by using the command:

The response of the above command is:

By using the command given below, log in to the Salt master:

Move to the root using the command:

We have successfully connected to the Salt master. Now, we will experiment with some basic commands in SaltStack.

List out all the keys: The following command is used to verify the Salt minion connections and view the connection status:

The outcome of the previous command is:

Post receiving all the keys, you can send a command from Salt master to check if the Salt minions are listening or not:

It will give the following output:

From the above output, list out minion 1 and minion 2, which means minions are listening properly; otherwise, minions may not respond properly.

You now know what SaltStack is and how to install it. SaltStack makes it simple to set up servers in data centres with minimal installation time. It is an incredible resource because of its ease of use. This article should be able to help you set up SaltStack and easily create or maintain your server for any use case.