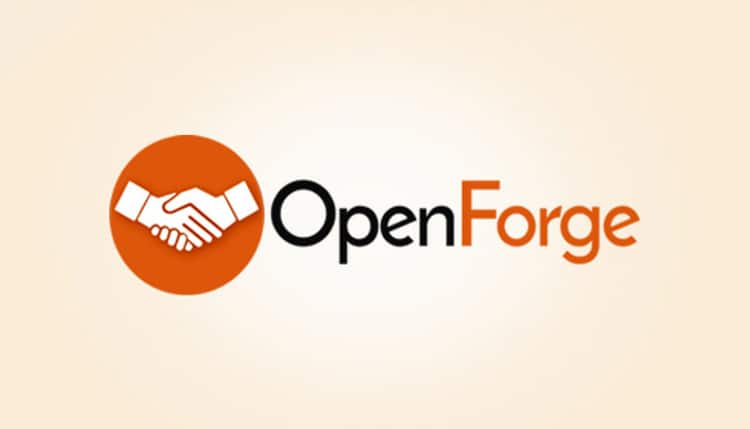 Electronics and IT Minister Ravi Shankar Prasad has formally launched OpenForge at the inaugural of the 10th International Conference on Theory and Practice of Electronic Governance (ICEGOV) in New Delhi. The new offering is designed as an Indian alternative against code repository platforms like GitHub and SourceForge to store and share major e-governance projects.

OpenForge is being in development from last year with an aim to build an appropriate technology infrastructure for the available open source policy by the government. Open Source For You exclusively reported the initial development of the collaboration platform back in last August.

Based on open source Tulipap, OpenForge leverages PHP to accept projects including applications, frameworks, libraries, SDKs and APIs. It primarily serves the code-sharing model for two areas — Government to Community (G2C) and Government to Government (G2G).

The code available under the G2G section is private and controlled by government bodies, while the G2C area is vast enough to bring government and community members under one roof and provide a public repository platform similar to GitHub.

The National e-Governance Division (NeGD) is handling OpenForge under the Ministry of Electronics and Information Technology (MeitY), and the team, which had previously developed cloud-based DigiLocker platform, is operating and maintaining its features in the backend. The platform is hosted in the state-run data centre provided by National Informatics Centre (NIC).

The NeGD members consider the platform to “play a pivotal role in preventing the problem of duplicity and fragmentation” in various e-governance projects by the government. It would result in some reduction of the total development time and costs and ultimately bring the culture of sharing to the government’s software developments.

Over 50 projects already on board

While developers and major open source communities are yet to explore the features of OpenForge, more than 50 private and public projects are already available on the platform. You can find developments such as Aadhaar bug fix and feature requests, Mizoram State eGovernance (MSeGS) project, eSign Integration Java class and Open Street Map among others.

OpenForge is not just an option for storing e-governance projects but can also be a GitHub alternative for your open source developments through some advanced features. There is a tracker to let you track bugs, tasks and requirements for your hosted projects. Likewise, you can use the built-in document manager to publish and manage documents such as administration or user guide, API documentation and frequently asked questions bank.

There is Git support to handle multiple repositories for a given project and manage ‘personal repositories’ for each developer. The platform also allows you to access your Git repository from any of your favourite tools.

Going forward, the NeGD team is in development to enhance OpenForge adoption among developers through communication tools. These tools can be mailing lists, news service and Web forums.

You initially need to sign up on the OpenForge website to start storing and sharing your code with the public. The sign-up process requires a username, password and a valid email address. Moreover, organisations can also access the platform using the same procedure.