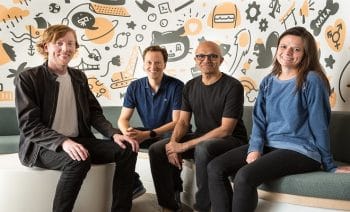 Microsoft made an announcement to end its $7.5 billion deal of acquisition of GitHub that began in June. GitHub, a leading software development platform which brings more than 31 million developers to create, collaborate, share and build on each other’s work.

Nat Friedman, former CEO of Xamarin, which was acquired by Microsoft in 2016, is taking over as GitHub’s CEO, Microsoft said in a statement on Friday.

The news comes just a week after the European Union approved the deal, ruling that the merged entity wouldn’t post any major concerns over competition. The commission’s ruling stated:

“The market investigation confirmed that Microsoft would not have the market power to undermine the open nature of GitHub to the detriment of competing DevOps tools and cloud services. This is because such behaviour would reduce the value of GitHub for developers, who are willing and able to switch to other platforms.”

“GitHub will retain its developer-first ethos, operate independently, and remain an open platform. Together, the two companies will work together to empower developers to achieve more at every stage of the development lifecycle, accelerate enterprise use of GitHub, and bring Microsoft’s developer tools and services to new audiences.”

In a blog post celebrating the news, Friedman provided a look at the areas we can expect GitHub to focus on going forward:

“We will start by focusing on the daily experience of using GitHub and will double down on our paper cuts project. We will improve core scenarios like search, notifications, issues/projects, and our mobile experience. And of course we are excited to make GitHub Actions broadly available.”