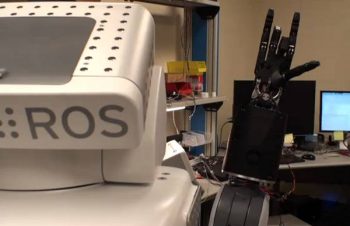 Amazon Web Services, Inc. (AWS), an Amazon.com company, has announced the availability of AWS RoboMaker, a new service that makes it easy for developers to develop, test, and deploy robotics applications at scale.

These services are exposed as ROS packages making it easier to use them to build intelligent functions into robotics applications without having to learn a new framework or programming language.

AWS RoboMaker provides a fleet management service that has robot registry, security, and fault-tolerance built-in so that developers can deploy, perform over-the-air (OTA) updates, and manage robotics applications throughout the lifecycle of the robots.

As part of AWS’s ongoing support for robotics and open source communities, AWS has made both source code and documentation of the AWS RoboMaker cloud extensions for ROS publicly available under the terms of the Apache Software License 2.0.