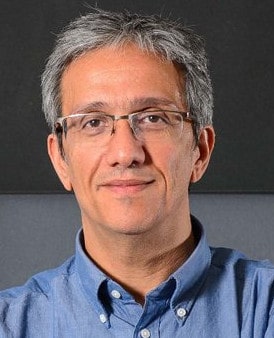 While it is an absolute necessity to have a sustainable business model, the open source market, both global and in India, lack the same. This because a majority of these open source platforms are available free for the developers, said Hadi Hariri, vice president (VP) at Developers Advocacy in JetBrains offering IntelliJ IDEA – an open source java integrated development tool for the developers. He pointed out how use of intelligent IDE platforms have become the recent trend in Open Source. In order to enable developers get a sound view of these intelligent tools, their role in open source, the existing technology trends in the market and its challenges, we have planned to share a glimpse of Mr Hariri’s interaction with Argha Ganguly from OSFY. Excerpts below.

Q. Why should developers using intelligent tools go for IntelliJ IDEA tool? How is this platform different from other IDE platforms available in open source market?

A. To introduce our product, IntelliJ is the platform providing IntelliJ IDEA tool – the actual Java multi-language integrated development environment (IDE). We have two editions of this platform – one that is free and open sourced and the other is commercial edition offering more features. According to the feedback we get from our customers, they come back to us based on the overall experience they get from our product.

Our open source platform offers a series of functionalities and extensive plugins much like Eclipse. However, unlike Eclipse, our product has everything already tested and working in combination. The developers are essentially happy about not having to download a bunch of third party plugins and tools, ensuring enhanced efficiency with them receiving the finished product in hand. They have always rated their overall experience more compared to only using the product.

A. Recently, I heard someone saying that Indian developers have no creativity and all they do is based on what they are told to do. I deny this fact as I believe there are several prejudices involved that are influenced drastically by the idea that India is basically a place of outsourcing companies. This is a very wrong approach. I believe, Indian developers have immense role to play in the digital transformation.

In Bengaluru, there is so much innovation happening for which the Indian developers do not get the credit they deserve. There are several applications created, developed and designed in India and used in Spain and elsewhere globally.

JetBrains Soultions do play a major role in this digital transformation as we come up with tools that eventually help the software developers focus on their task and make it easier. Also, our open sourced platform stresses on eliminating code related issues allowing the code to be more intelligent and refactored.

Q. What is your overall aim, target and plan for Indian market?

A. JetBrains has a presence in open source market in India since many years now and our IDE platform has been downloaded million times annually in India itself. There are several Indian developers working in our company. Because the users in India can speak in English, we do not have to design our resources specifically for India and can avoid facing the issue of translating our resources that we have to do in other countries.

In order to get closer to the Indian community we have already started with a roadshow in Pune and this is being continued in Bengaluru now and will be conducted in Chennai soon by collaborating with local communities and local users. We are aiming at increasing and building more ties with the developer community with a focus on supporting Indian developers and meeting them face to face.

Q. How is deep intelligence implemented in your products and how is it benefiting you as a company?

A. Essentially, what we do is, we do is, we analyze code bases, when you’re writing code, thereby effectively detecting issues with your code. Like, if you are analyzing a VS code, Emacs or any of the existing editors, these codes have certain functionalities and they lack in deep understanding of your code base. Hence, these codes will not have deeper understanding of your project altogether.

When you write a java code, our IDE platform should be able to analyse and detect that this java code is for web development and is collaborating with some other frameworks like Spring. Our deep intelligence will have the knowledge of the type of your project and using that knowledge it will help you enhance your complete project. We are also investing in machine learning and preparing prototypes for better completion and analysis of code that you are writing.

Q. What are the standards and frameworks that have been introduced in the last one year and how is it affecting your applications?

Q. What seems to be the road ahead in terms of technologies and applications to come?

A. In terms of our road map we are working on our next version. Also few years ago we moved to the subscription model. Instead of releasing one major version a year, we started three major versions per year and now we are targeting five. We are releasing major versions of 20 products in each quota and most of these have been made public. We develop several features openly and have an open issue tracker for them, where any users visiting, can open the features, see what we are working on and what’s in it for them in the next round. Professionally they can improve our products and continue to support the frameworks and technologies that are emerging in the developer community.

Q. What are the major challenges you are facing in the open source market both in India and global? How to overcome those challenges?

A. The major challenge for the open source market is a sustainable business model. If we look at the majority of open source projects that are massively being used, they are being developed by companies that generate revenues in other ways. Like, for a specific case, we have a team of 50 people now working on Kotlin but we are financing Kotlin by selling our tools.

There is React that is developed by Facebook and is getting financed by selling advertisements. Any open source platform which is widely available is always financed by other means. There are very few open source products that use paid license for commercial use. I have seen several friends of mine starting off with ambitious open source projects in small scale hoping to create a business model but they did not work well.

This challenge cannot be easily overcome unless as an industry we start to acknowledge that if we want to actually be in the open source market, we have to find a sustainable business model that is not based on advertising or some other external means.

Q. Is there any blue ocean area in the IDE market that is yet to be explored?

A. There are two areas where we see lot of opportunities. The first one is online IDE and there is a lot of push regarding the same. However, the excitement fades in and out on regular intervals. There are some versions of open IDE like Amazon that has recently purchased cloud nine and is using it well. They can operate smoothly because they are selling the platform with little sweep here and there. We, right now, have no recent plans to invest on online IDE as we have found that the developers continue to prefer local installations. However, we are doing some investigation in certain areas excluding online IDE which can improve the developers’ experience. The other area would be machine learning. We are trying to integrate machine learning with IDE. We are already working on it and hope to continue the work in the same space.