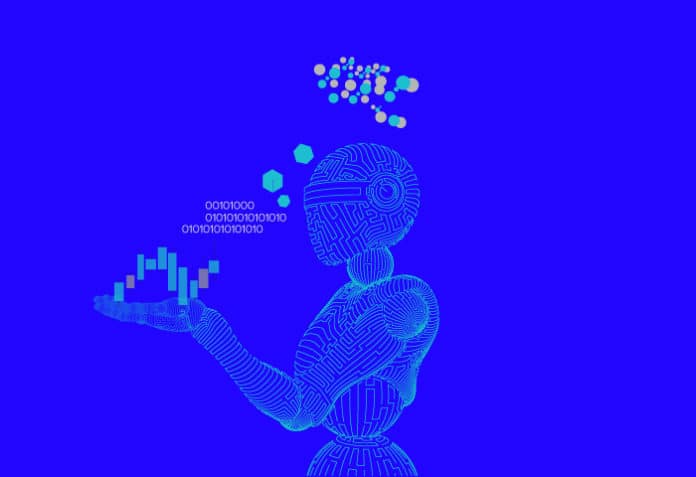 Reduction of dimensionality is one of the important processes in machine learning and deep learning. It involves the transformation of input data from high dimensional space to low dimensional space, and retaining meaningful information from the initial input data. Let’s look at how this is done.

The need for reduction of dimensionality
The storage space for the input variables is reduced with reduction in dimensionality. This improves the performance of the model. When the number of input variables is more, the computation also increases a lot. In the input data, there may be many features that are correlated while some features may be redundant. The techniques of dimensionality reduction remove the redundant features. They take care of removing the multicollinearity between the features. They also help clustering of the data and make it easier to visualise it in lesser dimensions.

So, apart from speeding up the training time, the reduction of dimensionality helps in data visualisation. Plotting the high dimensional training set on a graph, by reducing it to around two or three dimensions, allows one to gain a few significant insights by data visualisation. This enables observation of patterns and clusters in data.

Principal component analysis (PCA)
PCA performs orthogonal transformation of the data such that the correlation between the data is minimised or zero, and the variance is maximised. The basis of the transformation is computation of Eigen values for the data.

The principal components are formed by the following rules:

Scale the data so that the data is normalised:

Visualise the data with the plots:

As the PCA reduces the correlation between the principal components, it removes the correlated variables. This helps in computing costs and sometimes improves the performance of algorithms. It also reduces over-fitting and improves visualisation.

We have used a standard scaler before performing the PCA. This is a must before applying PCA, as it cannot find the proper principal components if the data set is not standardised. There will be some information loss if the number of principal components selected is less than the number of features, and that can compromise the computing costs and performance of the algorithm.

LDA follows the rules given below for projecting the data sets on the new axis:

Let’s take the same example of the wine data set from the sklearn package and apply LDA:

Applications of LDA: LDA can be used for classification problems. It can be used to predict which class the new sample belongs to. For example, if you have attributes for classifying a disease, then we can classify a new sample to check if it belongs to the disease. LDA can also be used for pattern recognition — for example, for detecting an object like a door, tyre, etc.

Let us understand the SNE algorithm in brief. Let us assume there are sets of data points in higher dimensions, which need to be mapped to lower dimensions while preserving the neighbourhood structure of the data set. The conditional probability for two points xi and xj in the higher dimension is given by:

…where σ 2 is the variance of the Gaussian distribution centred on datapoint xi. The main idea behind the SNE algorithm is that two data points xi and xj, which are neighbours, will be close if Pji is high and will be separate if Pji is almost zero.

In the lower dimension, the conditional probability for the same two points yi and yj is given by:

…where σ2 is set to some constant like 1/√2 to model the similarity of points yi and yj.

So, these two probabilities have to be equal to allow the similarities of data points in both the high and low dimensions. SNE achieves this by minimising the difference between these two distributions. But when the Gaussian distribution is used in SNE, there is a problem called the crowding problem. That is, if the data set has a huge number of data points that are closer in the higher dimension, then it tries to crowd them in a lower dimension. To solve this problem, the Student-t distribution was used instead of Gaussian distribution for a lower dimension, and hence the name t-SNE for this technique.

To achieve the similarities between the data points in the higher and lower dimensions using these two distributions, t-SNE uses the Kullback-Liebler (KL) divergence.

For two discrete distributions P and Q, KL divergence (DKL) is given by:

The t-SNE defines a cost function based on the difference between P(j|i) and Q(j|i), which is given by:

The algorithm uses the gradient update to minimise the cost function, so that the distributions in the higher and lower dimensions become similar.

Let us now try to apply t-SNE to the wine data, as done earlier for PCA and LDA:

The t-SNE technique is significantly useful when the number of input features is more — for example, as in the MNIST data set, in which each input sample is an image of size 28 x 28 pixels. So, each sample has around 784 features, and it will be very difficult to visualise the patterns of all 10 digits by using traditional clustering techniques. Given below is the code sample in which the t-SNE method is applied; it allows a user to visualise the data and its patterns in a very simple way:

As can be seen, the distribution does not cluster better with 1000 samples (Figure 5), but increasing the number of samples to 3000 gives the plot shown in Figure 6. It can be seen that the clustering of data points is better visualised in this plot.

The code sample given below illustrates how PCA fails to separate the non-linear data and Kernel PCA succeeds in separating it. The sklearn methods used earlier are applied on the standard moons data set to illustrate this:

Figure 7 shows the distribution of the original moons data set. It can be seen that the data is non-linearly separable. Now let us try to apply PCA on this data:

Figure 8 shows the distribution of data after applying PCA. It can be seen that data is still not separable and needs transformation. Let us now apply the Kernel PCA method from sklearn and check the results:

From Figure 9 it is clearly visible that Kernel PCA is able to successfully make the data separable.

To sum up, dimensionality reduction techniques are used to solve the problem of curse of dimensionality. Each method has its own advantages, and can be used based on the characteristics of the data samples, like being linearly separable or being non-linearly separable. Most of the dimensionality reduction techniques are readily available in the sklearn library package, and can be applied and visualised. By reducing the dimensions of original data, these techniques reduce computing costs, improve performance and enable insights into data.